You have Cookies disabled. To purchase anything on this site, you will need to enable them. Please see this guide to find out how. 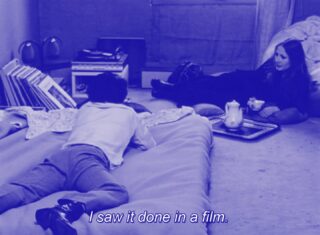 A last look at the sleeping woman and he’s out the door. But he doesn’t go far, yet—just down the stairs to the next landing, in fact, where a neighbor answers his knock. He asks if he can borrow her car and she promptly agrees, but reminds him the turn signal doesn’t work. She offers her own solution: “I never turn left.” How much accommodation to what’s broken, we might quickly wonder, is too much? Cars are like us, abundant and complex, entirely of their age, often beautiful, evident in their diminishments, unmistakable in their ultimate breakdowns. 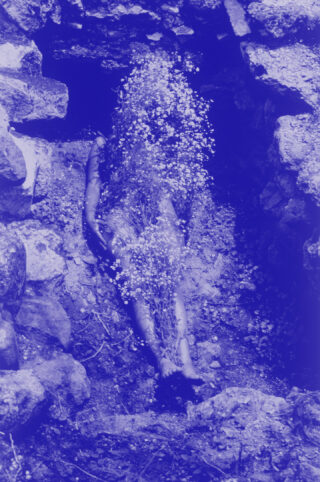 Here’s something I heard about hearts: the form may be an ancient abstracted representation of female genitalia, which might explain why love hearts feature so highly in the doodles of little girls; they are repeating a coded incantation to a power that is theirs, but which goes beyond them, and from which they are estranged. 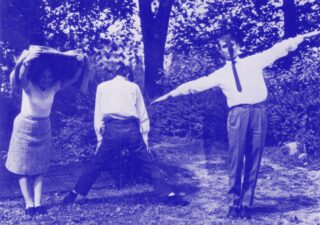 In 1969, the Italian art critic and feminist Carla Lonzi (1931-1982) authored Autoritratto (Self-Portrait) using the transcripts of interviews conducted with fourteen prominent artists living in Italy. Overlooked for many years, Autoritratto’s experimental unravelling of traditional art criticism has inspired a new generation of artists and curators. It was, however, Lonzi’s final work as an art critic; after its publication she renounced the art world, and co-founded the feminist collective Rivolta femminile.

Allison Grimaldi Donahue, a writer and editor, is currently working on what will be the (long overdue) first translation of Autoritratto into English. In October, Teresa Kittler met with Donahue to discuss Carla Lonzi’s legacy and the relevance of her work to anglophone readers. 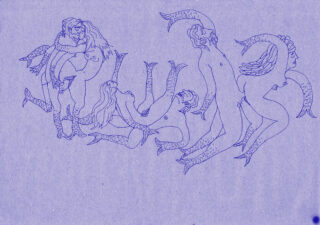 The main street which arrows down the hill in Tarlabaşı is being dug up, full of dust and rubble and overturned vegetable boxes, pock-marked like the moon. People pick their way through in a half daze as if waking from a dream. It will be replaced by wider walkways, which will try to cover up the memory of dispossessions and social injustices which have happened here. History revolves like grain in the mill but the sparks continue to illuminate rituals of violence. Özlem glides up the rubble. 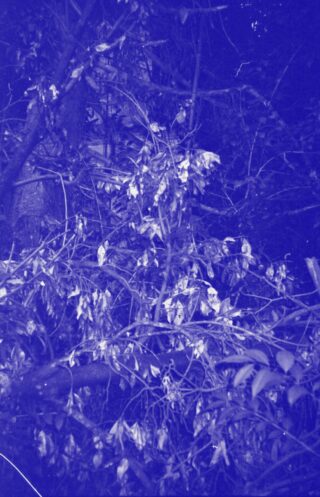 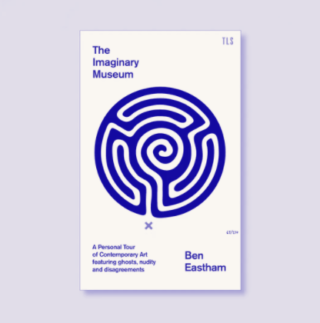 If The Imaginary Museum is an account of Eastham’s evolving sensibilities, it also makes a spectacle of his fallibility. This serves the larger theoretical point that critics are not always to be trusted in their judgements about art. Indeed, he goes so far as to give his readers the final say in all artistic matters, avowing that ‘you can decide to treat as art whatsoever you choose’, which goes some way towards explaining why Eastham is so coy about his own achievements. 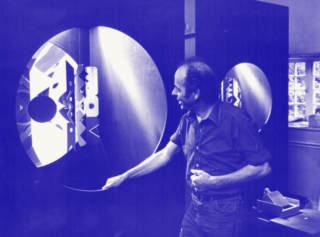 It rained heavily the whole week in Cornwall. Horizontally. It was coming through the ceiling of the RNLI shop in Penzance, collecting in buckets by the window display. The volunteers, seated by the till, sipped tea and chatted, as if the growing bulge above their heads posed no threat. The sheer volume of rain took me by surprise. I grew up in Cornwall but, having lived away for the past twelve years, I often feel that my connection with the area has been lost: I am no longer used to heavy rain. 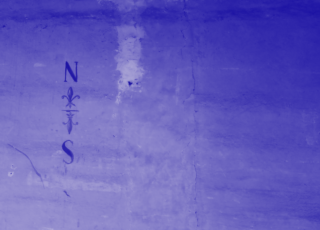 We can hear the low growl of felines and the clinking of chains; the stench of horse manure and piss fill the air. A giant over two meters tall and just as wide, with black and bristly eyebrows, a face painted white with lead, and a luminous, wide mouth, rides around on a unicycle. There are baboons dressed like sailor boys and a half-naked fakir stretched out on a bed of nails. A tiny woman plays the piano, encircled by eight tigers. Now and again she throws them chunks of meat, her yellow apron bloodied. 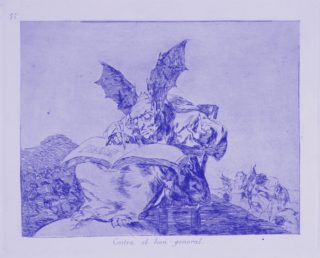 Goya says ‘one cannot look at this’, yet creates the print anyway. People about to die. People about to be shot down by rifles peering in at the right hand side of the frame. Rifles apologising for interrupting, but they must get on. Men pray. Men beg. Women scream, yet all are still about to die at the hands of the apologetic rifles.

I see everything is prepared. Her underwear laid on the bed, already out and waiting, her dress hanging on a hook. On the floor her shoes. On the table her jewellery, necklace and matching earrings. Everything decided upon. Everything where it should be and ready. 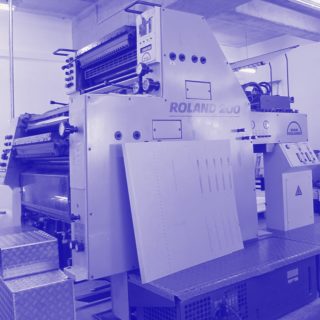 What is contained in a book can survive environmental and chemical impact as well as the negligence, politics, and changes of interest of human beings. Digital content will not be so lucky because it requires a person or a commercial interest to decide at the turn of every new technological generation that this particular content is worthy of being carried forward; it’s worth an update.

From my vantage point, that’s the very definition of endangered.

ReadDownload
Choose ‘Most Recent’ or ‘All A-Z’ above. 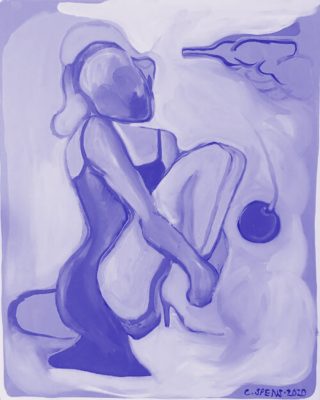 Conquer your mind with me was following me on Instagram. Why would I want to do that? It was all about setting it free, no? Or was conquering the same as liberating? That special kind of freedom felt in the constraints of a very small cell. You knew what I meant.  We had been there together. 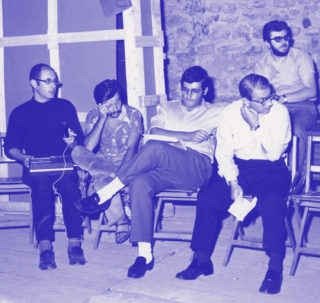 Glasses on, pen in hand, glancing at the papers resting on his thighs with the serious air of a young intellectual. This is how Germano Celant appears in a photograph taken in the early days of October 1968 at the Antichi Arsenali in Amalfi. Celant – who died at the age of eighty on 29 April in Milan – had just inaugurated one of the fundamental exhibitions in the artistic landscape, Arte povera + Azioni povere. It would initiate a model of the exhibition as a place where art “happens” in continuity with life. 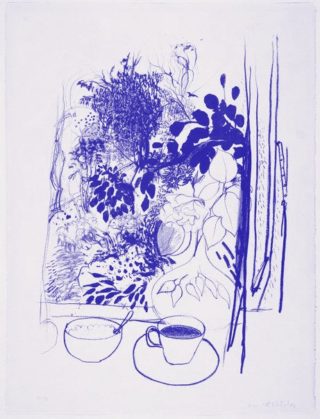 I had a craving for spring, for a future after grief, which froze me in a strange temporal trap, in which nothing changed because I dreamt and thought only of my father. 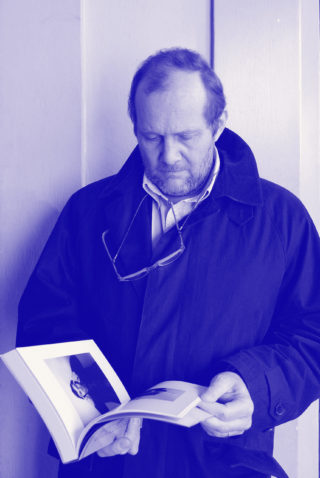 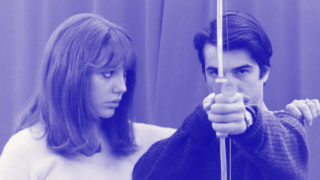 So many paintings have been made about women by men, but in those paintings you can see that the women’s gaze is only pigment that the man has put there: on camera the woman is a real live person and, no matter how much the director tries to turn her into a colour, there she is looking through the mask of the colours that make up the makeup on her face, and also her face, her hair, her eyes. 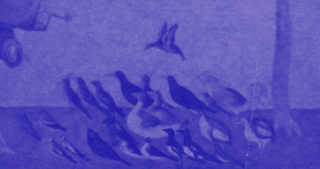 Both of my ex-wives accused me of being too opinionated. Don’t even know what that means. How would we live if we had no strong opinions? I think, I observe. So I know things. To pretend otherwise helps no one. 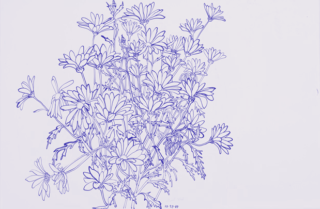 Ruth Asawa knew what colour they were at different times of day and at different stages of growth, how a leaf might have a pale or dry edge, or how their petals freshened after rain, but she didn’t draw any of that. She only ever concerned herself with the line between the asters and the world.